ARCHITECTURE THAT ISN’T AFRAID TO ASSERT ITSELF

The Luxembourg landscape has gained a number of exemplary designs in recent years. In each region, it’s possible to discover some remarkable projects daring to assert themselves through contemporary vocabulary, thus establishing new landmarks on our built landscape. Here’s a look at the projects considered to be most noteworthy for each tour.

Dialogue between old and new

One of the challenges of our contemporary architecture lies in entering into dialogue with the existing constructed heritage. The challenge was taken up with the Musée national d’histoire et d’art project with, on one hand, the construction of the main building (Christian Bauer et Associés), with its contemporary architecture constructed in the old town and, on the other hand, the complex renovation of the Wiltheim Wing (1) (Architecture et Environnement), a set of three patrician houses dating from the 16th to 19th century. Another significant component of Luxembourg’s heritage is its industrial heritage. The CNA (2) site in Dudelange is a fine example of the transformation of a former steelworks site. While Paul Bretz has designed a s trong building, a solitary construction with perfect architectural mastery and poetic rigour, Claudine Kaell and Jim Clemes transformed the former water tower into an exhibition space, creating an architectural experience with wonderful subtlety and restraint. In a rural setting, HSA Heisbourg Strotz redeveloped the former mill and barn (3) in Olingen, paying close attention to the exterior landscape. In Differdange, witry & witry adopted another approach. The architects, winners of the competition organised by the commune, created a marked discrepancy, ensuring no room for confusion whatsoever between the redeveloped former Hôtel de Ville and its extension (4), the architectural expression of which is clearly contemporary. This contrast-oriented approach was also central to the Domaine Alice Hartmann project by Dagli Atelier d’Architecture, with its clear and pure lines, playing on angularity and cast shadows, contrasting with its adjacent historic residence, completed by gardens.

The importance of the site

While all architectural projects take into account their location, this aspect is sometimes more accentuated, as is the case, for example, of the ONEonONE (5) office building designed by Moreno Architecture et Associés. Situated at a crossroads, the glass and stainless steel facade is based on the design of a s tack of boxes which interlock at angles offset to the corner of the roads. In a completely different context, the Pfaffenthal public lift (6) designed by STEINMETZDEMEYER responds precisely to a sense of place. The structure is based on an architectural concept situated in the Unesco-protected valley. It becomes a new element of identity for the area and provides a significant sensory experience, thanks to the entirely out-sheath glazed cabin and the panoramic landscape offered by the overhanging footbridge. In an urban environment this time, the Axento building (Arlette Schneiders Architectes) in Kirchberg plays with large-scale geometry and lightness, through its covered atrium, and embraces its relationship to the boulevard by drawing back from the road to display itself to its best advantage. The relationship to its site is also important in the concept by petitcarrée architectes, Schilling Architekten, Teisen & Giesler and Nicklas Architectes, of the European School in Mamer, which pays as much attention to the design of the interior spaces as to the exterior spaces. This dialogue with the construction site is also at the heart of the development of the Diamant residence (7) in Dommeldange, designed by Metaform. On a curved, sharplysloping street, located close to a protected forest, six structures intermesh together, marrying perfectly with the plot and adding value to the street by the uninterrupted treatment of the facade and roofing.

This architectural notion of having the same surfacing on the exterior walls and roof turns up in a number of other pr ojects, as in the c ase of the new community centre in Eschdorf (Ballinipitt Architectes Urbanistes), the Biodiversum* in Remerschen (Valentiny HVP Architects), the Daïchhal in Ettelbruck (Besch da Costa Architectes) and the Belval-Université station (Jim Clemes Associates). On each occasion, and for extremely different contexts and agendas, this characteristic gives the projects a strong identity, all the while accommodating various functional and aesthetic approaches.

*This project received an award in the Building category for educational, cultural and sporting venues, etc. at the 2016 Bauhärepräis OAI. 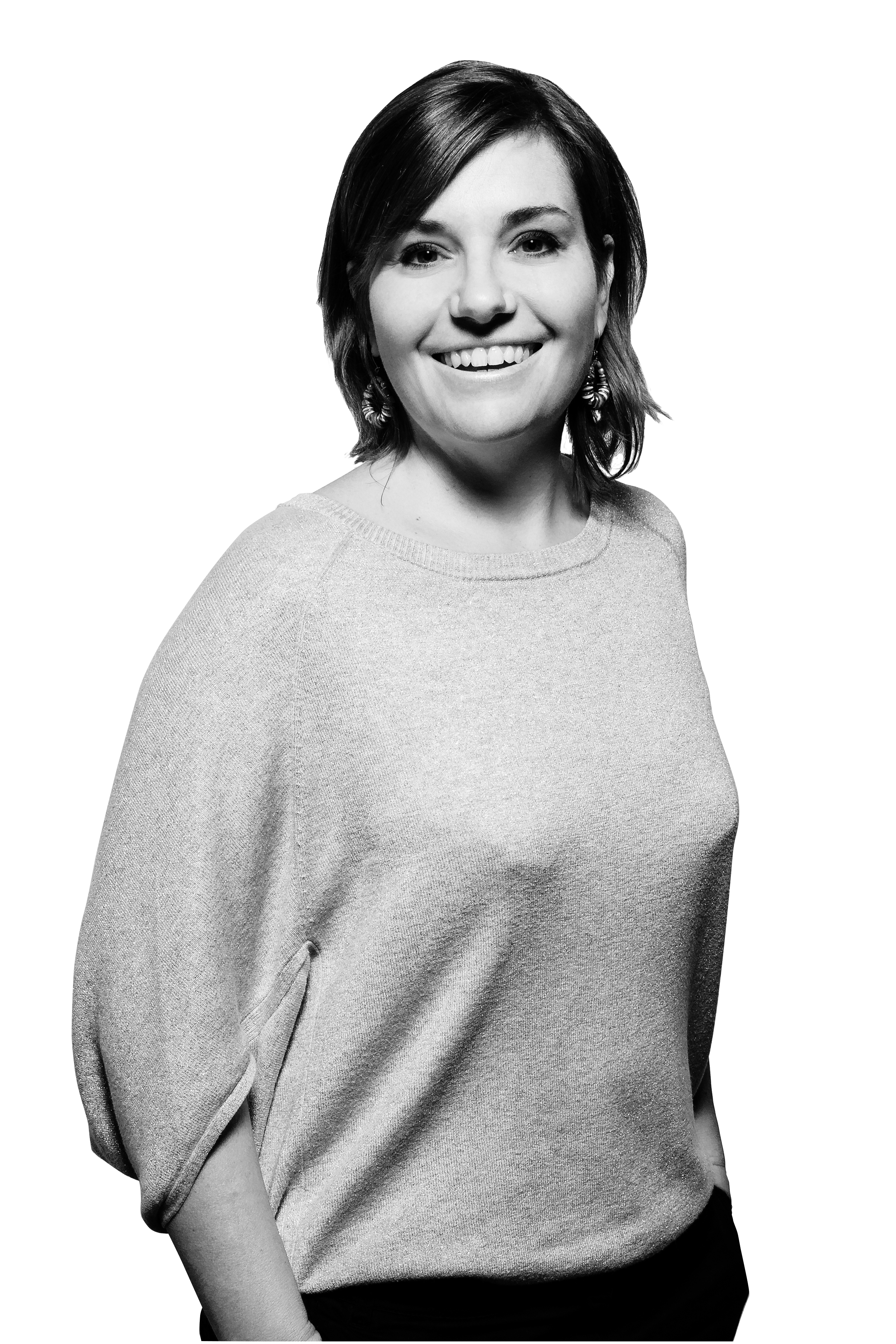 Céline Coubray, editor-in-chief of the architecture magazine, Archiduc, has also been a culture and lifestyle journalist for other Maison Moderne publications since 2007. She began her career in contemporary art in France before moving to Luxembourg and embarking upon her new adventure in journalism. 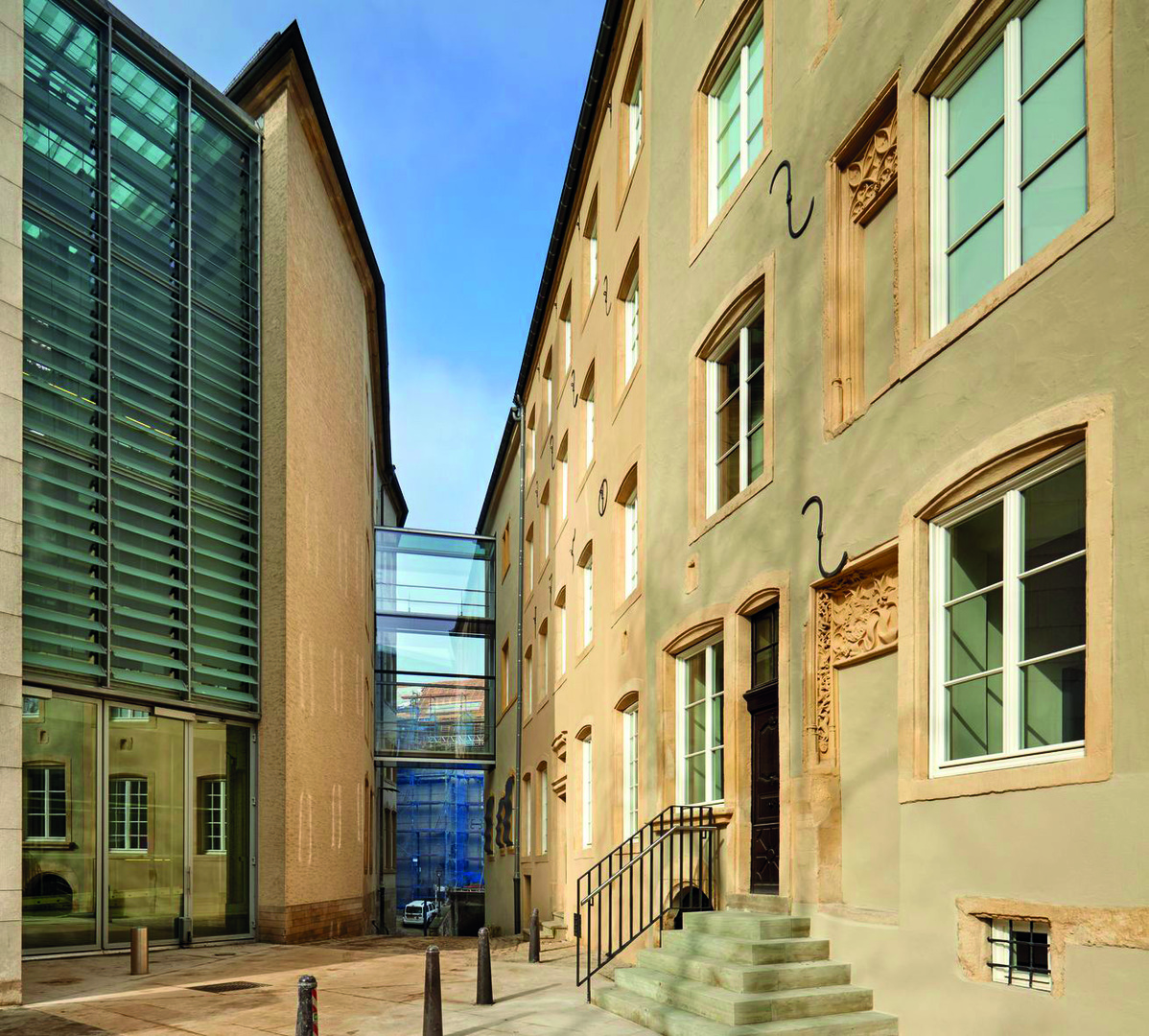 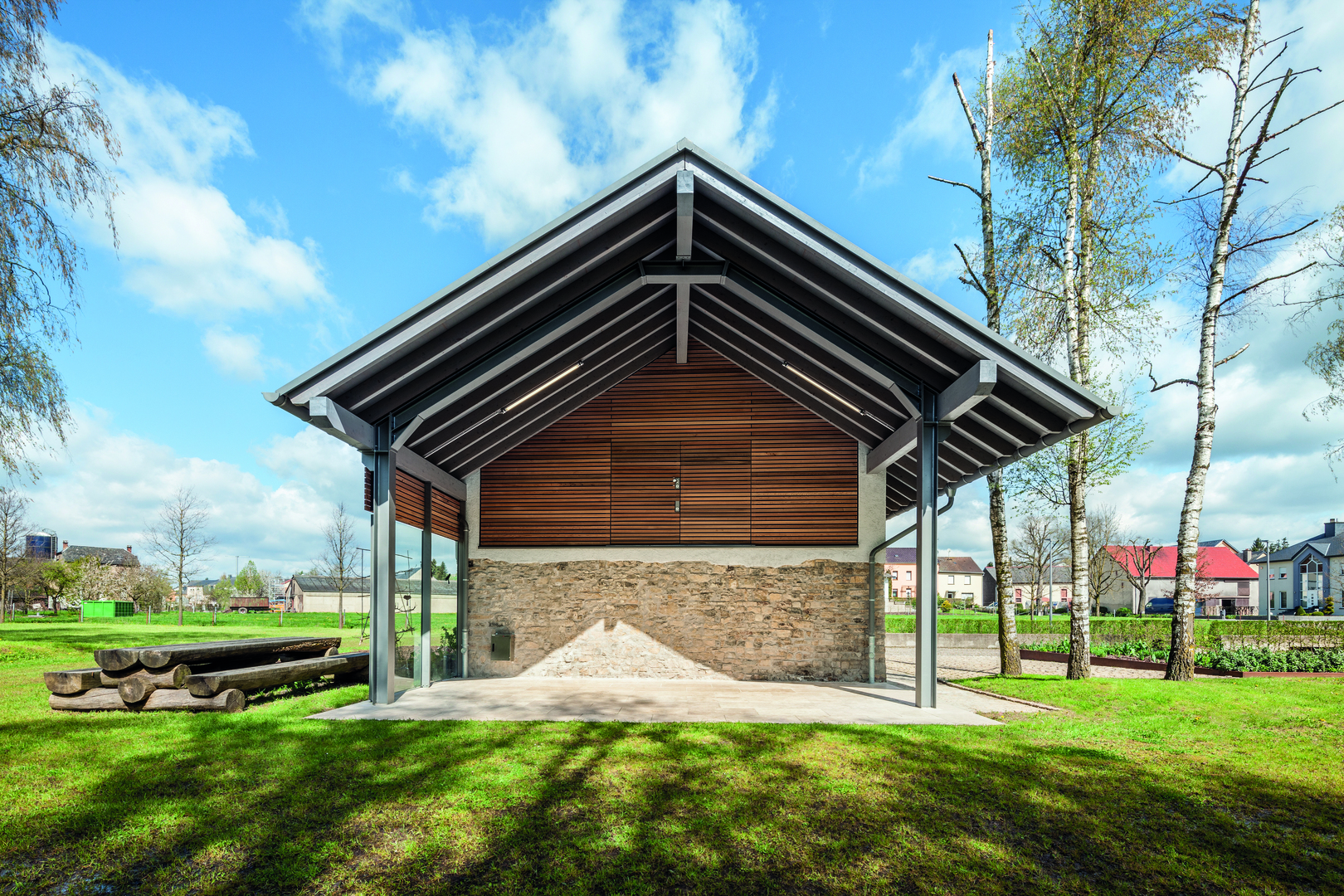 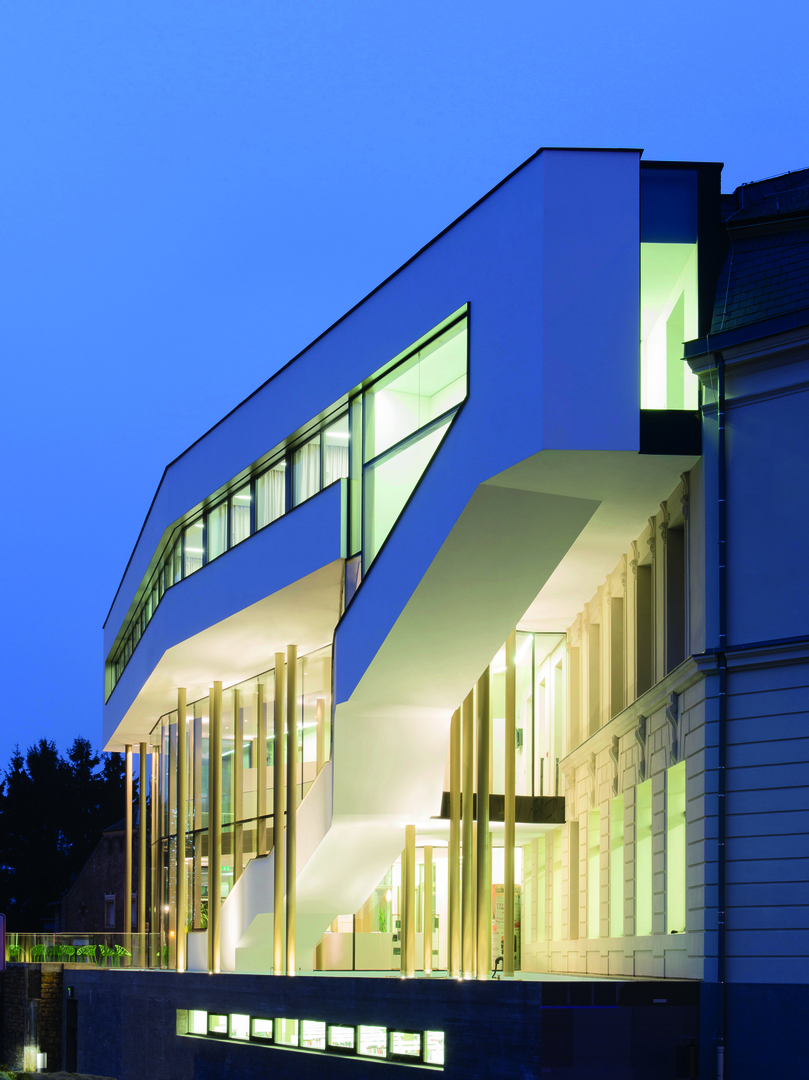 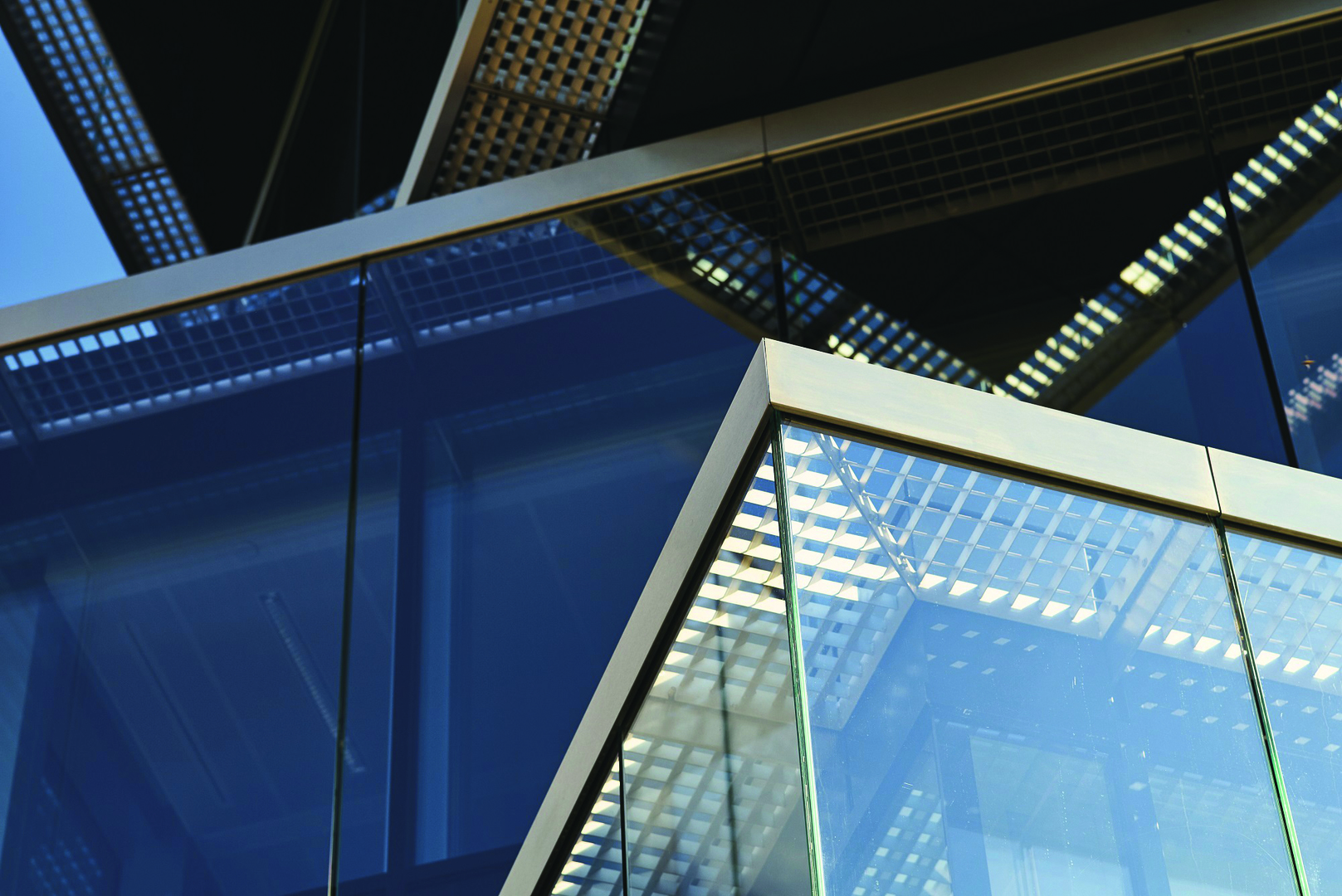 5. ONEonONE, Luxembourg. This building received an award in the Building category for administrative buildings, workplaces, health centers, etc. at the 2016 Bauhärepräis OAI. 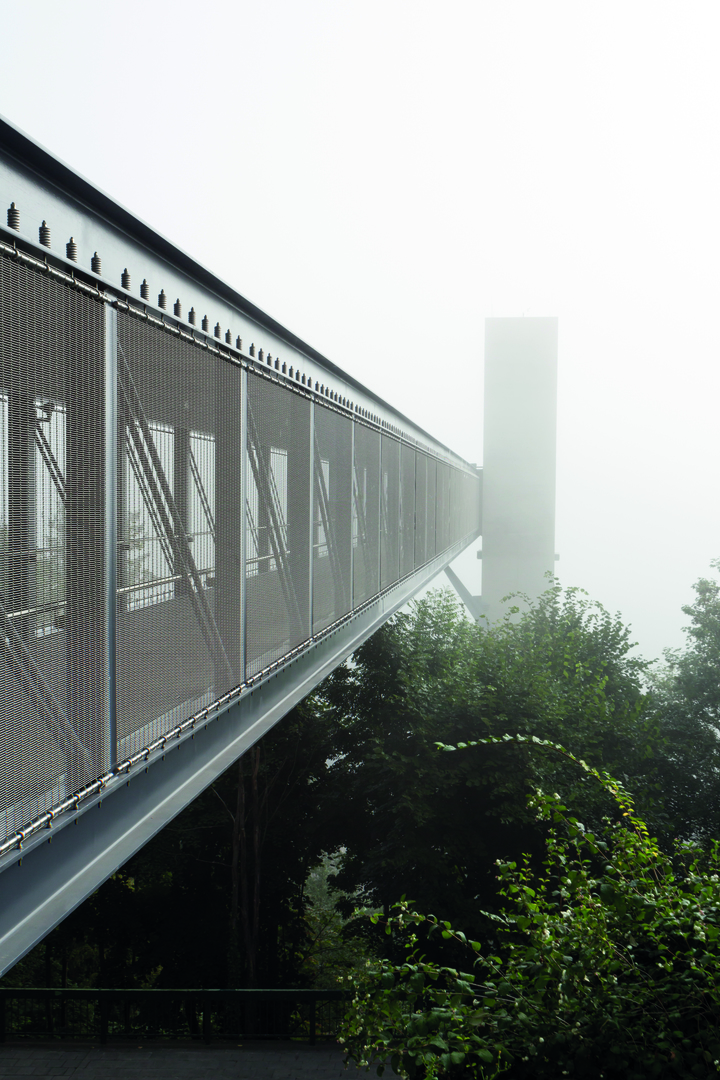 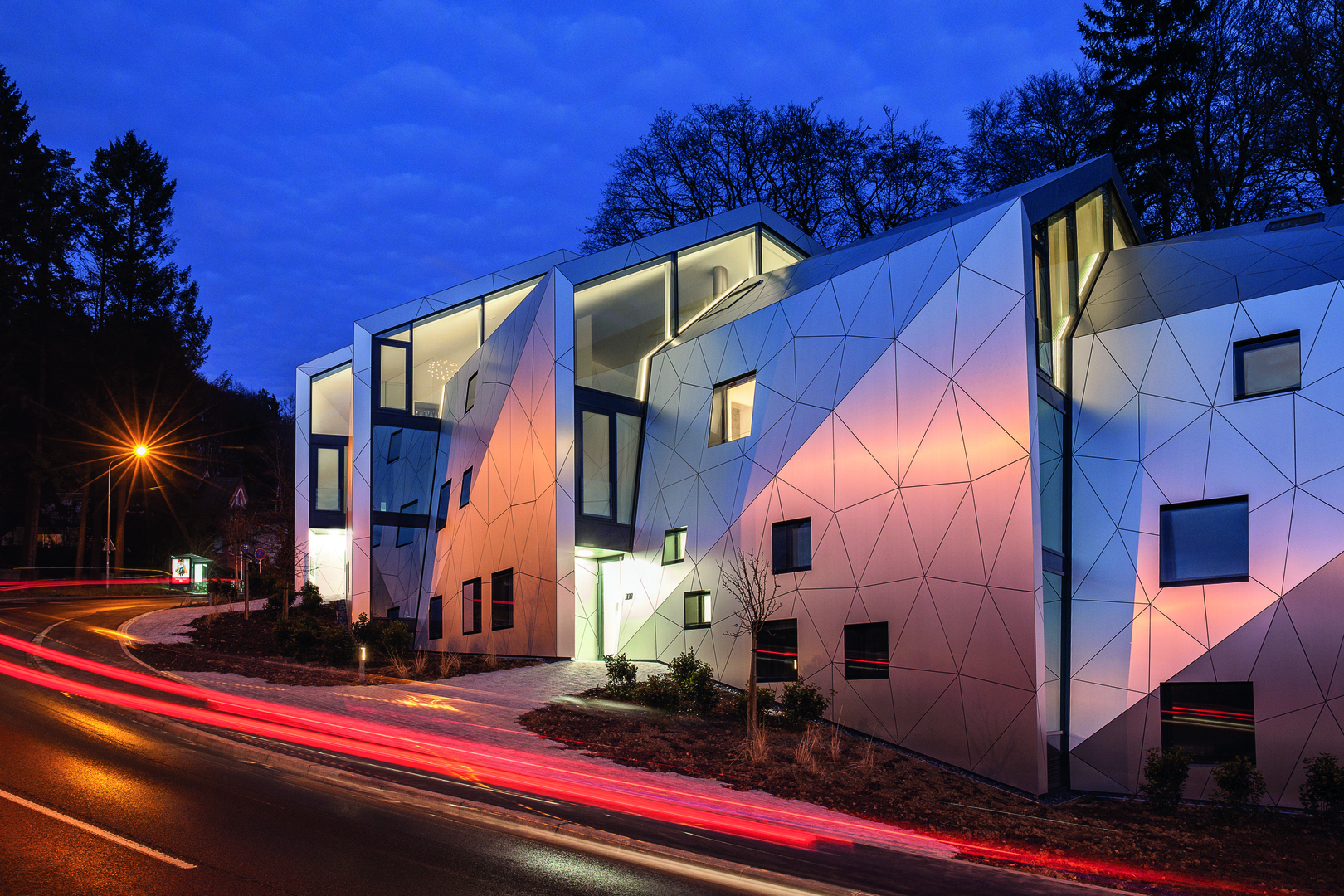