GROWTH AND QUALITY OF LIFE CAN INDEED GO HAND IN HAND

When it comes to assessing the “quality of life” index that is such a k ey part of business development, great importance is placed on architecture and urban development and all of the ways they affect the space in which we live. Luxembourg actually ranks high among the 200 international cities studied in the framework of the Airinc’s Global City Index, Mercer (Quality of Living Survey) and InterNations rankings. For the purposes of professionalism, in 1989, the legislator adopted the law on architecture and engineering, which s tates that architecture is a matt er of public interest and deems the design of all c onstruction, urban development and regional development projects to be the realm of professionals. The Ordre des Architectes et des Ingénieurs-Conseils (OAI) was set up with this in mind, its r ole being to guide the legislator’s choices pertaining to the creation and improvement of living environments.

The population has increased from 365,000 inhabitants in 1981 to 590,776 in 2016, although this figur e reaches around 800,000 on weekdays as a result of the influx of commuters of the border regions. The economic attraction guarantees the sustained demand among individuals wanting to settle in the Grand Duchy. In fact, domestic employment doubled between 1995 and 2016, with ad - ditional workspaces having to be created as a result. Over the same period, the number of those coming in from close to the border more than tripled (179,134 individuals in 2016). This mo vement posed a challenge with regards to managing mobility. The number of c ars in the country has also increased tenfold since 1962, with the increased popularity of the car also encouraging urban sprawl since the farther from a centre of employment you go, the lower the cost of land. Whilst single-person households accounted for a quarter of all households in 1991, this proportion had increased to one-third by 2011. The pressure on the housing sector is therefore not only affected by demographic changes that have been strongly influenced by waves of immigration, but also by social changes in family structure. Indeed, the maisons relais now feature among the construction plans for every town. In 2016, 47.65% of the Grand Duchy’s population was of foreign nationality, and this international dimension presents the challenge of having to provide services and infrastructure that meet the expectations of people of 163 different nationalities! The demand for housing is still greater than the supply, which explains the significant price pressure we are observing.

The growth in the population sinc e 2001 has focused more around the agglomeration of the capital, which accounts for 40% of the country’s employment. Most apartments are being built in the Luxembourg urban area and in a num - ber of towns in the southern region. The countryside is gradually being inhabited by those working in urban environments, whose conception of living space differs from that of the local population, meaning that local identities are also changing, and that the his torical heritage is being used f or new purposes or even replaced. The Observatoire de l’Habitat has in fact been gathering the information required for planning future housing policy since 2003.

The origins of economic success

These changes can be explained by a number of key decisions, including the following. The development of Luxembourg’s financial centre dates back to the establishment of the euro markets and the introduction of Interest Equalization Tax (1962) in the Unit ed States. Its rapid growth is undoubtedly linked to the presence in Luxembourg of both the European Investment Bank (1958) and the Eur opean Monetary Cooperation Fund (1973). A number of European and non-European economic players are establishing their European and even global headquarters in Luxembourg. Furthermore, in 1992, the European Council of Edinburgh legally recognised the vested rights of Brussels, Luxembourg and Strasbourg as European capitals. This official and definitiv e recognition has allowed national authorities to integrate European institutions into the urban fabric of the City of Lux embourg in a much more consistent way, and the Kirchberg plateau would become a symbol of this. The single market, which was established in 1993, ensures the free circulation of goods, services, people and capital. Adhering to European regulations on competition within the single market has forced Luxembourg to become more open to architects, engineers, consultancy firms, urban planners and associated service providers on a global scale. In the following year, in December 1994, the older districts of the city and its f ortifications were awarded Unesco World Heritage status, thus further reinforcing the attractiveness of the economic centre. By 1995, 21,819 individuals (43,540 by the end of 2014) were already working in the financial and insurance sectors. As a result of these developments, the Luxembourg City centre became saturated with jobs, and the go vernment encouraged companies to move to the Kirchberg plateau, close to the European institutions and the international exhibition centre (Luxexpo). At the same time, the Fund for the Urbanisation and De velopment of the Kirchberg Plateau came up with a space planning concept that would give rise to a whole district consisting of banks and company auditors, legal and consultancy firms. Gottfried Böhm, the fir st winner of the German Architecture Pritzker prize, designed the Deutsche Bank building in 1989 --a decision that w ould lead to long-term competition among the big - gest names in contemporary architecture. Luxembourg has made a name f or itself on the int ernational scene, with major names contributing to the brand image and reputation that the financial centre wishes to convey. The government and the City of Luxembourg were to follow this example by involving prestigious names in their urban de velopment and construction projects. Out in the field, Luxembourg-based firms got involved in the execution of various projects, often playing a discreet, lowkey role. New buildings are also incorporating strong aesthetic elements and becoming objects of curiosity: the interest is focused on their design and what they reveal, above and beyond their often mundane functions. Furthermore, architecture is a part of the branding process for those in economic or political power. Luxembourg’s year as European Capital of Culture, 1995, highlighted another shortcoming in the form of infrastructure and contemporary cultural programming--a lag for which the government and the City planned to compensate with the construction of 10 museums and performance venues over a 20-year period! Business and cultural infrastructures help improve a city’s positioning among major cit - ies and attract business travellers. The decentralisation of culture began in the late 1970s with the r estoration, promotion and cultural exploitation of feudal heritage, with the mo vement continuing in the early 21st century with the creation of nine performance venues offering cultural programmes across various regions. These cultural venues often feature more refined architecture and have become major regional exchange hubs. The decision taken in 2003 t o create a university presented something of a unique challenge in a country with no higher education tradition, but the government at the time under stood that the future would depend on the es tablishment of knowledge societies, and the creation of a university would serve as an economic catalyst for its environment. The University of Luxembourg opened its Belval campus in 2015 following a development project involving former industrial sites that was one of Europe’s most ambitious urban projects.

The challenge of managing growth

In light of this dynamism, the is sue of how to best use the land av ailable and the corresponding resources is a matter of urgency, and it is import ant that the appropriate political action be taken. The living conditions of the population need to be constantly improved, the environment and historical heritage must be protected and housing has t o provide the best possible living conditions. Governments and municipal authorities work tirelessly to develop increasingly high-performance tools and instruments designed to allow for the qualitative growth of the economy, whilst at the same time protecting quality of life for the purposes of social c ohesion.

Architecture that reflects the capacity for innovation

A constantly-evolving society’s capacities to adapt and assert itself are best reflected in its architecture. Style, beauty, the expression of tastes and tendencies, open-mindedness with regards to various trends and local expertise based on the latest technological knowledge are a vital part of day-to-day strategic planning. The OAI has been committed to promoting architectural quality in terms of both raising awareness and training all of the players involved in the construction sector for over 25 years. The Guide Références and the Festival des cabanes, aimed at young people, and even the Prix du Maître d’Ouvrage contracting authority prize (Bauhärepräis), have embedded architectural quality in most people’s minds. Architecture is a way of asserting the identities of communities that share a common living space. The OAI has managed to bring together the creative vanguard of the country’s cultural assets and successfully made this a symbol of positioning on the international stage. 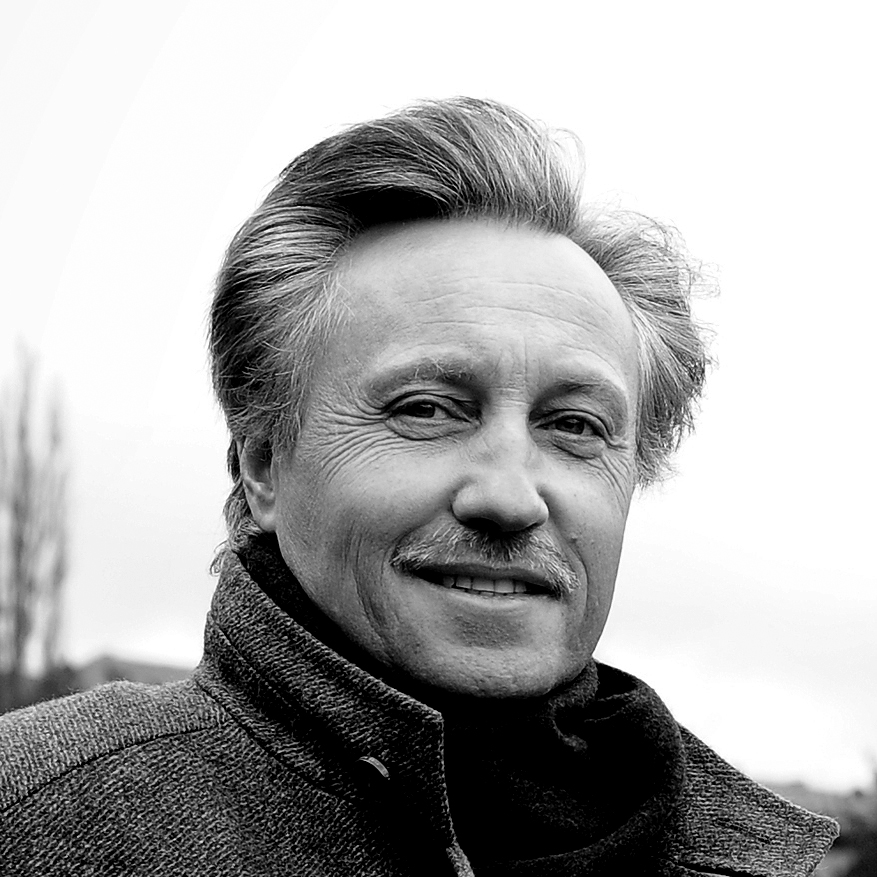 A PhD in history at the Catholic University of Louvain (UCL), Robert L. Philippart is also a scientific collaborator with the Institute of Change in Contemporary and Historical Societies (UCL). His research and publications focus on urban history, architecture, social history and Luxembourgish engineering in China. After almost three decades as director/ambassador at the National Tourist Office, and then at Luxembourg for Tourism, he was appointed at the end of 2017 Unesco Site Manager at the Ministry of Culture. 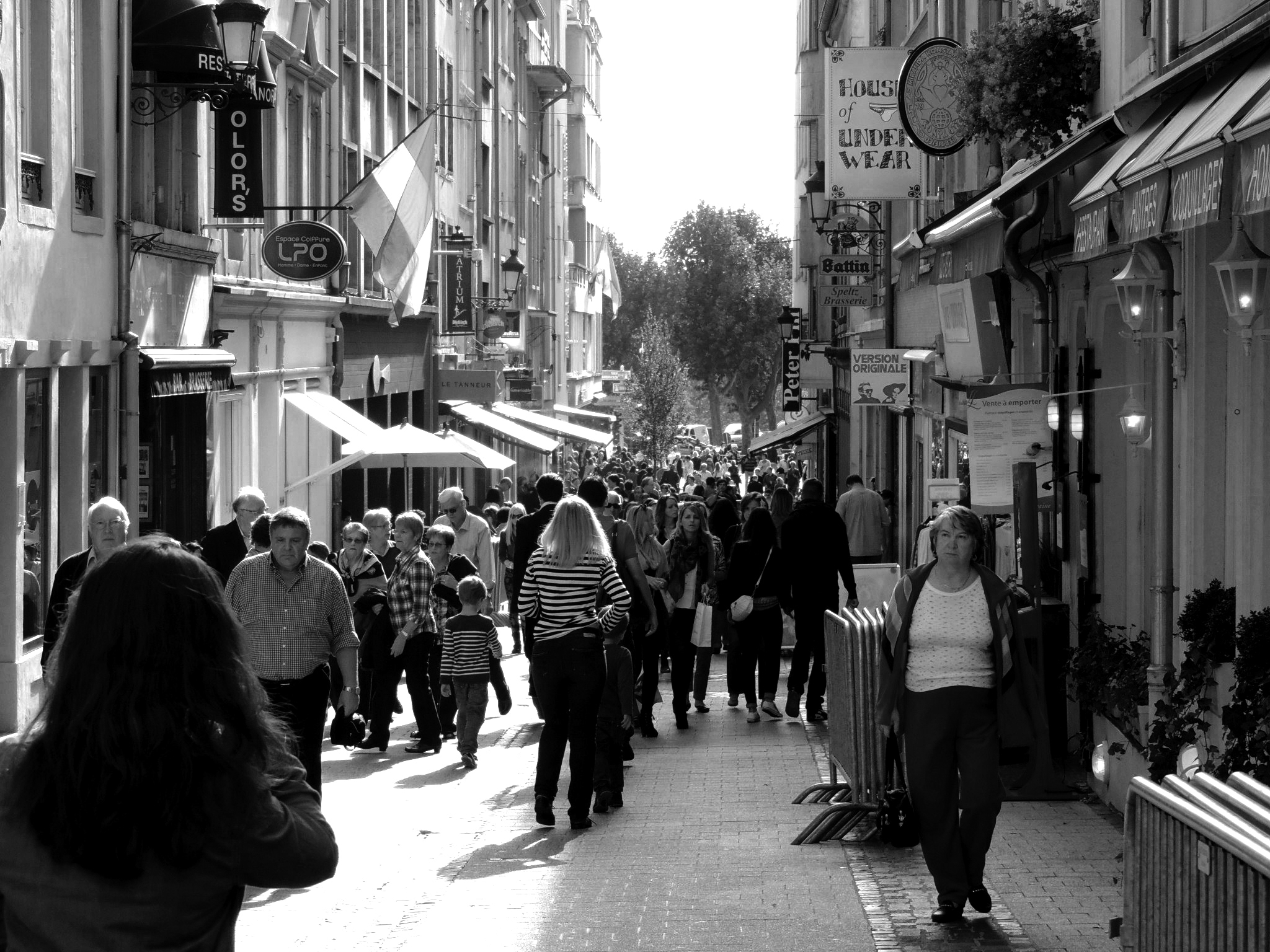 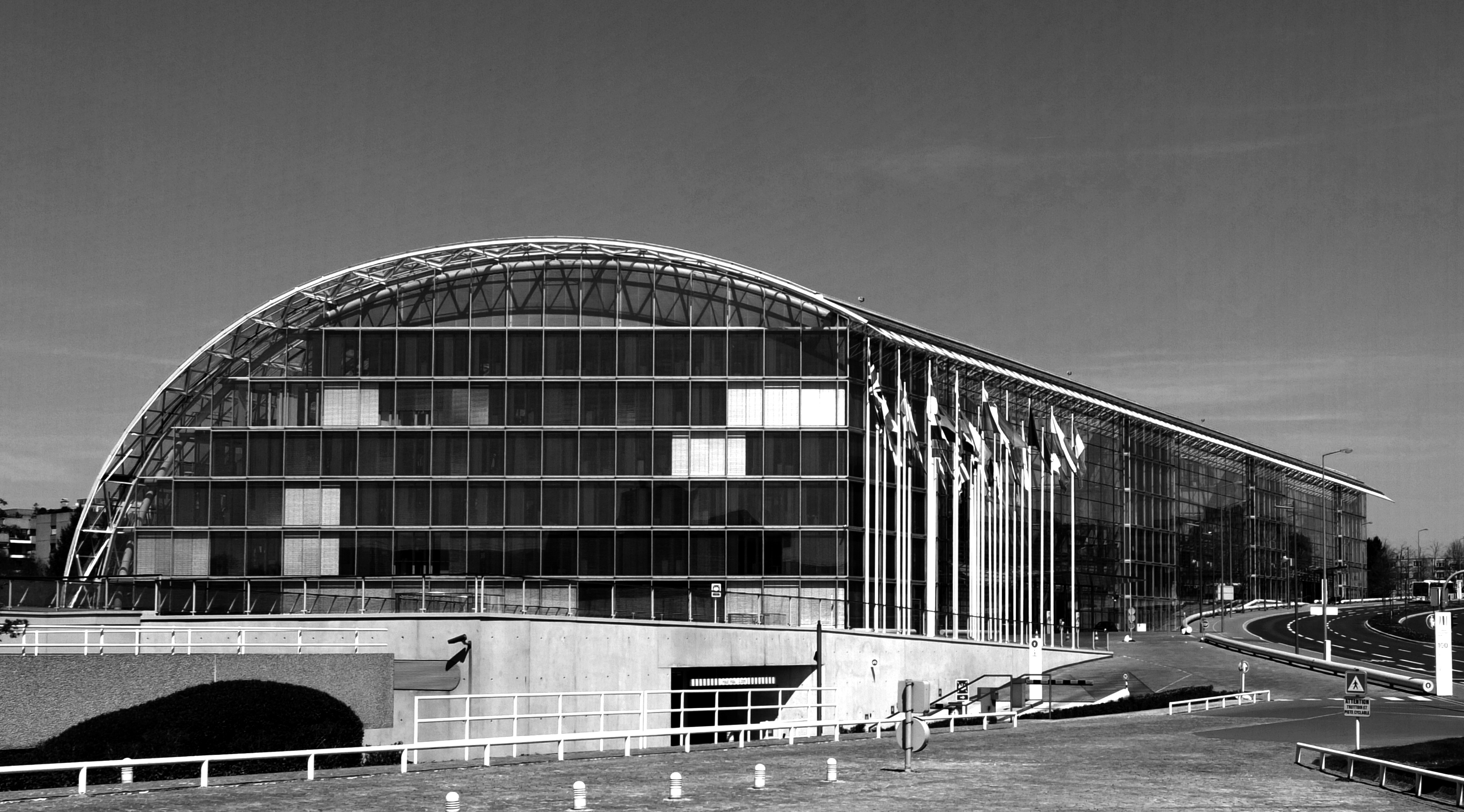 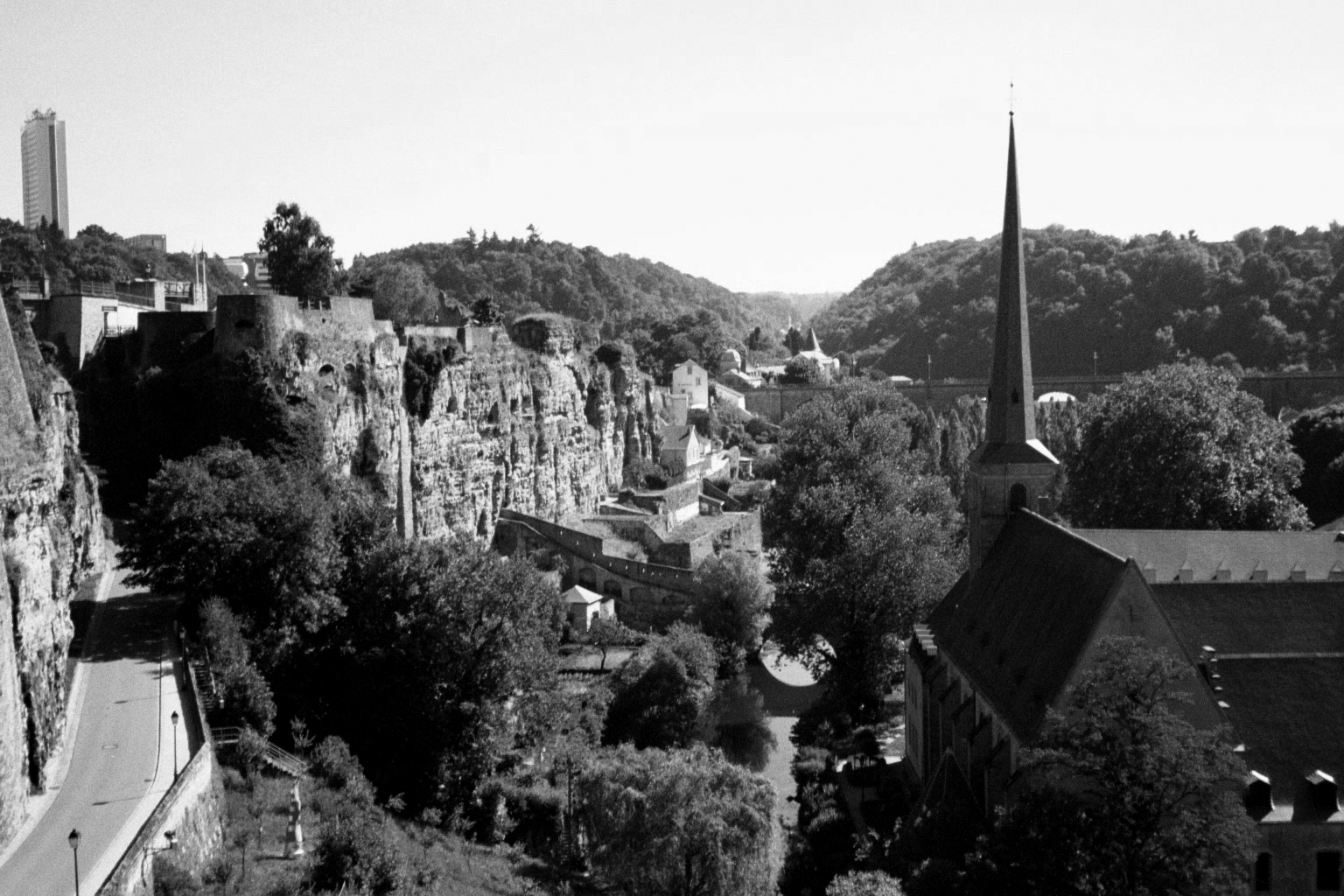 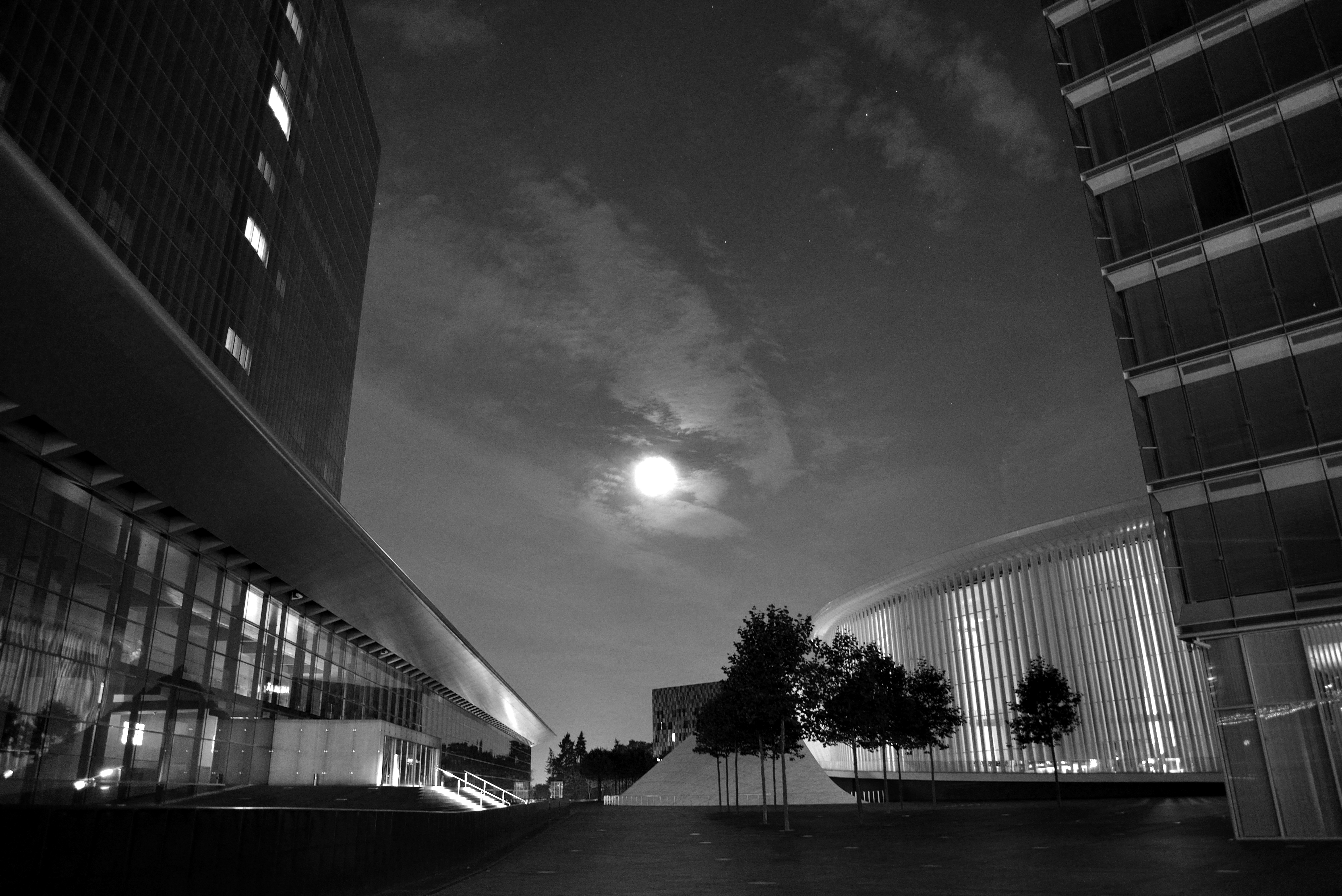 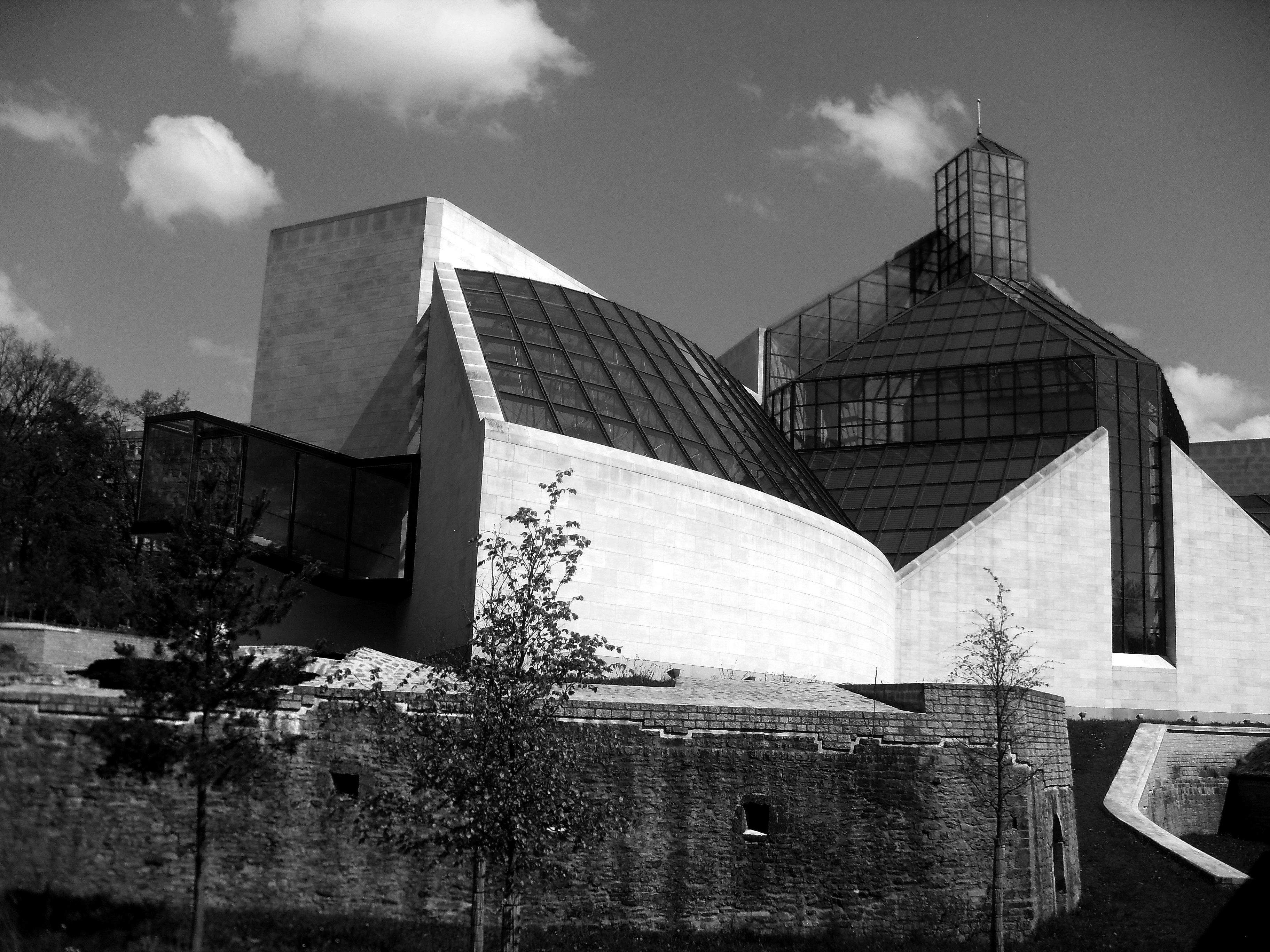